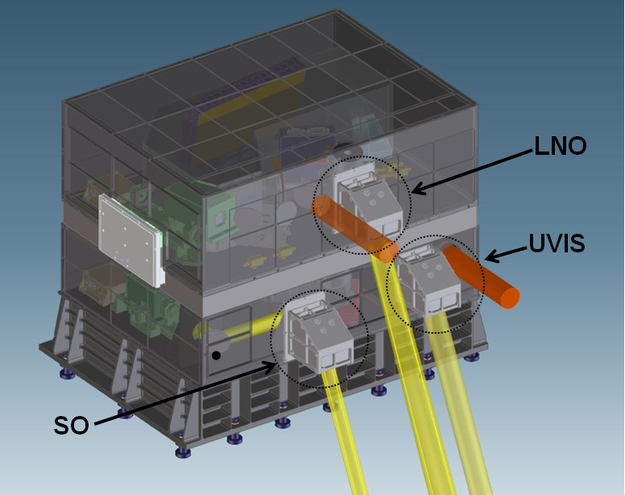 NOMAD (Nadir and Occultation for MArs Discovery), shown here in a schematic representation, is one of four science instruments on the ExoMars Trace Gas Orbiter, launched on 14 March 2016.

NOMAD will identify the constituents of the Martian atmosphere and will also map their location, analysing the spectrum of the sunlight across a broad range of wavelengths (infrared, visible, ultraviolet).

This instrument operates in three modes depicted in the schematic diagram:
- Solar occultation (SO)
- Limb, Nadir and Occultation (LNO)
- Ultraviolet and Visible (UVIS)