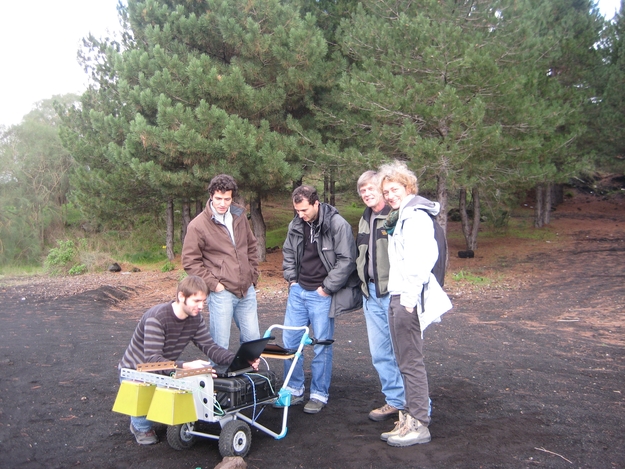 An instrument prototype, representative in terms of design, size, mass and power, has been developed.

A series of tests in a variety of complex environments and simulated Martian conditions began at the end of 2010, with a field test in Mount Etna, Italy. The prototype successfully mapped the layers of the shallow subsurface.