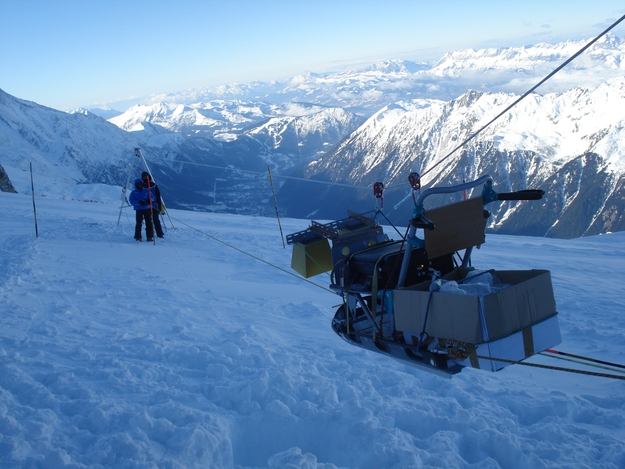 An instrument prototype, representative in terms of design, size, mass and power, has been developed. A field test was performed, on a glacier in the French Alps near Chamonix in January 2011. The prototype carried out measurements down to more than 15 metres and detected structures with deep cracks.

The prototype was installed on a zip-line to study the functionality of the antennas on a height (approximately 65 cm); this mimics WISDOM's situation on the ExoMars rover. The WISDOM antennas are the yellow items and the radar is situated inside the white box.