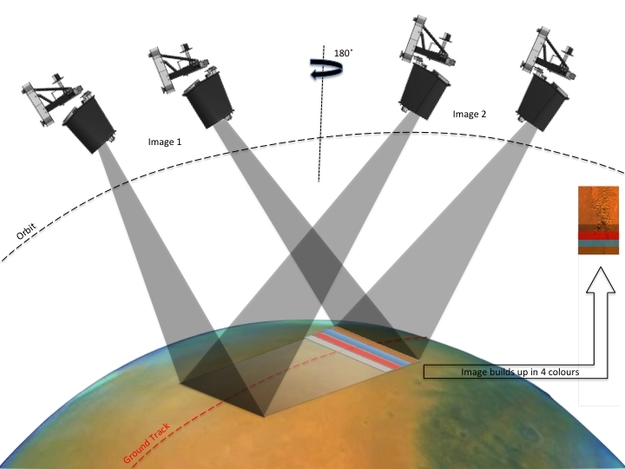 The Colour and Stereo Surface Imaging System (CaSSIS) will be part of the instrument payload on the ExoMars Trace Gas Orbiter, scheduled for launch in 2016.

CaSSIS is a high-resolution camera system capable of acquiring colour stereo images of surface features possibly associated with trace gas sources and sinks in order to better understand the range of processes that might be related to trace gas emission. The NOMAD and ACS instruments, also being carried by the orbiter, will identify sources of trace gases that could be evidence for biological or geological activity.