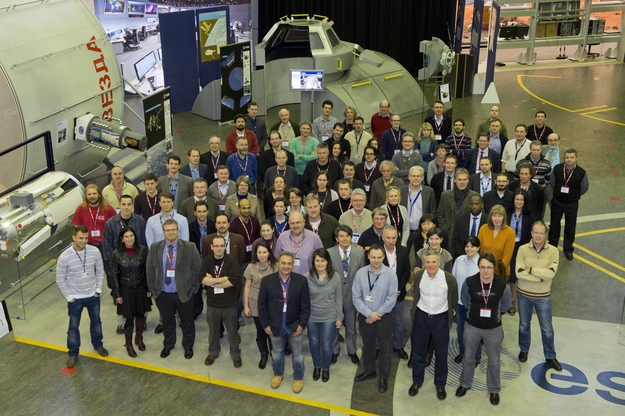 The fifth ExoMars Science Working Team meeting was held at ESA's European Space Research and Technology Centre in the Netherlands, from 12 to 15 February 2013. Approximately 75 scientists, engineers and members of the ESA and Roscosmos project teams participated.

This was the first ESWT since ESA and Roscosmos began collaborating on the 2016 and 2018 ExoMars missions. It provided an opportunity for all parties involved to share details about the progress of various aspects of the missions, to exchange information and to plan for future collaborations.