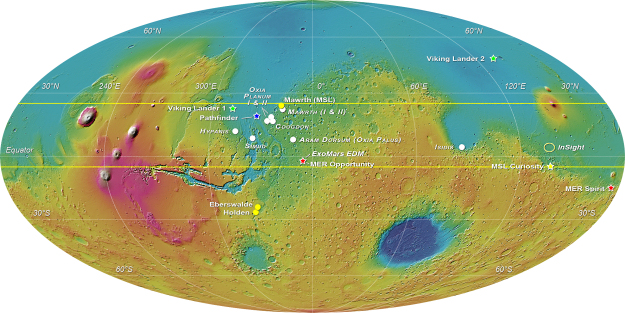 A yellow star marks the position of the Curiosity rover; three other locations that were shortlisted for Curiosity are indicated with yellow circles. Other stars and ellipses are used to indicate past and future missions' touchdown spots.

This image was compiled by E. Hauber for the Landing Site Selection Working Group.