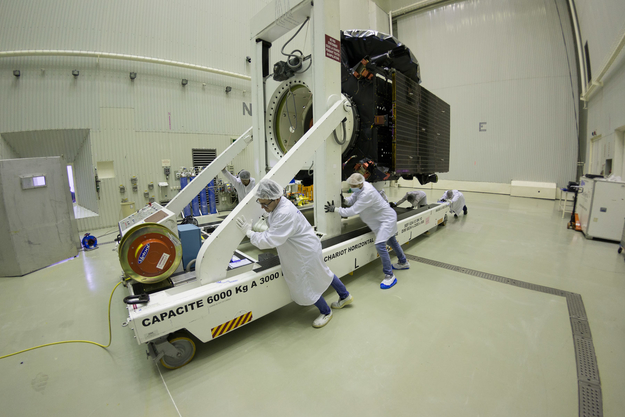 All hands were on deck to move the ExoMars 2016 Trace Gas Orbiter from one hall to another at the Baikonur Cosmodrome in Kazakhstan. The orbiter was being moved to the fuelling area for a leak test – one of a series of tests that are being carried out in preparation for launch.

The Trace Gas Orbiter is scheduled to be launched, along with the Schiaparelli entry, descent and landing module, on 14 March, at the start of a launch window that remains open until 25 March.