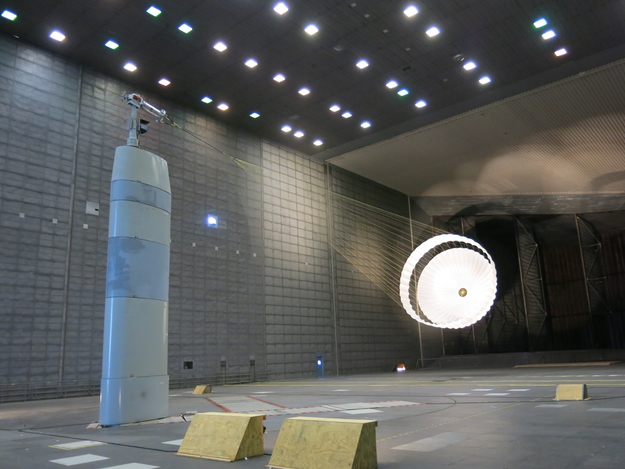 This is the qualification model of the parachute that will slow the Schiaparelli entry, descent and landing module as it plummets through the Martian atmosphere.

The full-scale qualification model (pictured here) was used to test the pyrotechnic mortar deployment and the strength of the parachute in the world’s largest wind tunnel, operated by the United States Air Force at the National Full-Scale Aerodynamic Complex (NFAC) in the Ames Research Center, California.

The tower is needed to place the mortar – the horizontal tube at the top of the tower – at the centre of the wind tunnel for testing.