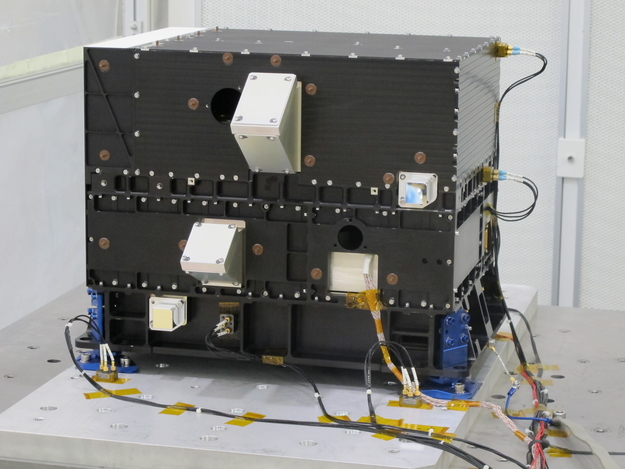 NOMAD (Nadir and Occultation for MArs Discovery) is one of four science instruments on the ExoMars Trace Gas Orbiter (TGO), launched on 14 March 2016.

This structural-thermal model (STM) is a representative model of NOMAD, having the same size, mass, and centre of gravity as the real instrument, but without any optical components. It was temporarily mounted to the TGO spacecraft before the flight model of NOMAD was completed, so that the spacecraft could already undergo thermal and structural tests with a representative load of the real instrument.