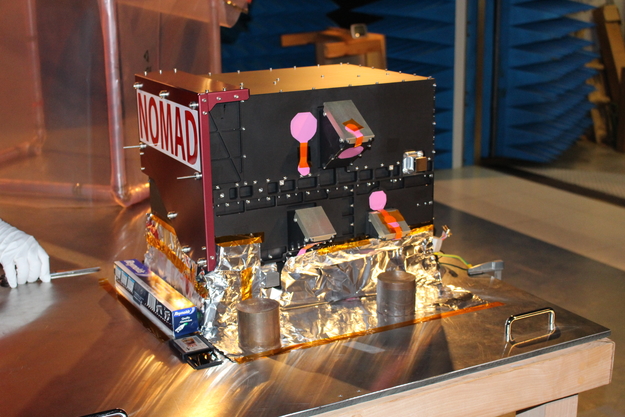 NOMAD (Nadir and Occultation for MArs Discovery) is one of four science instruments on the ExoMars Trace Gas Orbiter (TGO), launched on 14 March 2016.

This flight spare model (FS) of the NOMAD instrument is an identical copy of the one flying on the TGO. This model was built as a back up in case any problem arose with the proto-flight model that could not be easily solved in time for the launch. In fact, one of NOMAD's detectors on the proto-flight model was replaced by the detector from this flight spare model when the original detector was discovered not to be functioning correctly. This photo was taken during Electro-Magnetic Compatibility (EMC) testing at the University of Liège, Belgium, in September 2015.